The Tree of Friendship – a Symbol of Good Will

The founder of Rotary, later President of Rotary International*, Paul P. Harris, planted the first tree of friendship on his tour of European Rotary clubs in the autumn of 1932.

“Wednesday forenoon I planted my first tree of friendship in European soil. It seemed to me especially appropriate that it took place in Germany—in its metropolis—Berlin. The planting occurred in a sports platz formerly devoted to war purposes, and a large number including Rotarians, city officials, and others were in attendance.”

The nature-loving President Emeritus set an example to inspire others. Today, Rotarians across the globe plant trees to symbolize Rotary’s serving as well as lasting ties of friendship. Equally, the presidents following Paul Harris have understood the importance of planting trees. The Australian Ian S. Riseley was concerned over the state of the environment and during his presidency (2017-2018) he urged Rotarians to start tree-planting projects.

The tree which Paul Harris planted in Kaivopuisto in Helsinki no longer exists. But RIPE William B. Boyd (2006-2007), who visited Finland during the Rotary centenary, planted a new tree on that same beach.

During his European tour, Paul P. Harris also visited Estonia. A tree of friendship in Tallinn serves as a reminder of that visit. 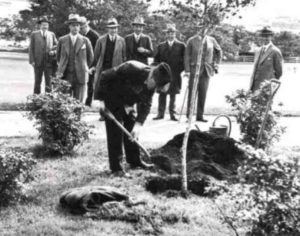 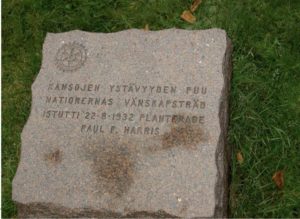 The tree of friendship, a birch tree, which Paul Harris planted in Kaivopuisto on  22nd Aug.1932. 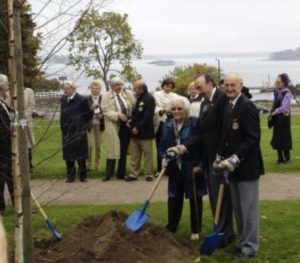 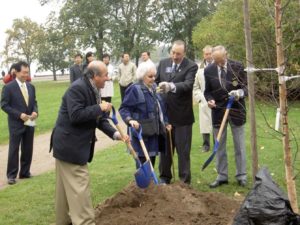 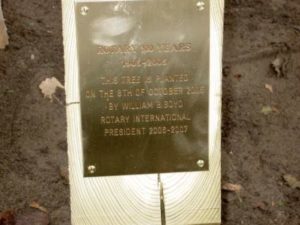 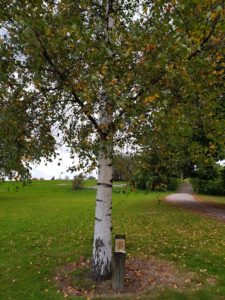 The tree which William B. Boyd planted by the beach in Kaivopuisto in Helsinki, photographed in 2017. 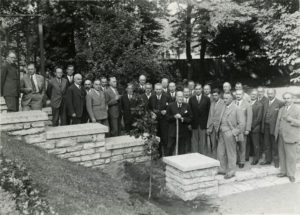 Paul Harris and members of the Tallinn Rotary Club planting a tree of friendship  in Tallinn, 1932.