The district 1390 is located in four provinces: Central Finland, Pirkanmaa (The Tampere Region), Häme and Päijät-Häme. The northernmost of the clubs is Pihtipudas, the southernmost Orimattila, the westernmost Ylöjärvi and the easternmost Heinola. District 1390 is the second largest district in our area, the largest being the joint district of Southern Finland and Estonia.

There are several Rotary clubs in the provincial centers including Jyväskylä, Tampere, Hämeenlinna and Lahti, while in smaller towns there often is only one Rotary club.

Communities and their needs differ in many ways and so do the club activities. Some clubs are active in local service projects, some take pride in donating money to the Rotary Foundation or Shelter Box.  Youth Exchange is often considered the most popular way of serving the community. 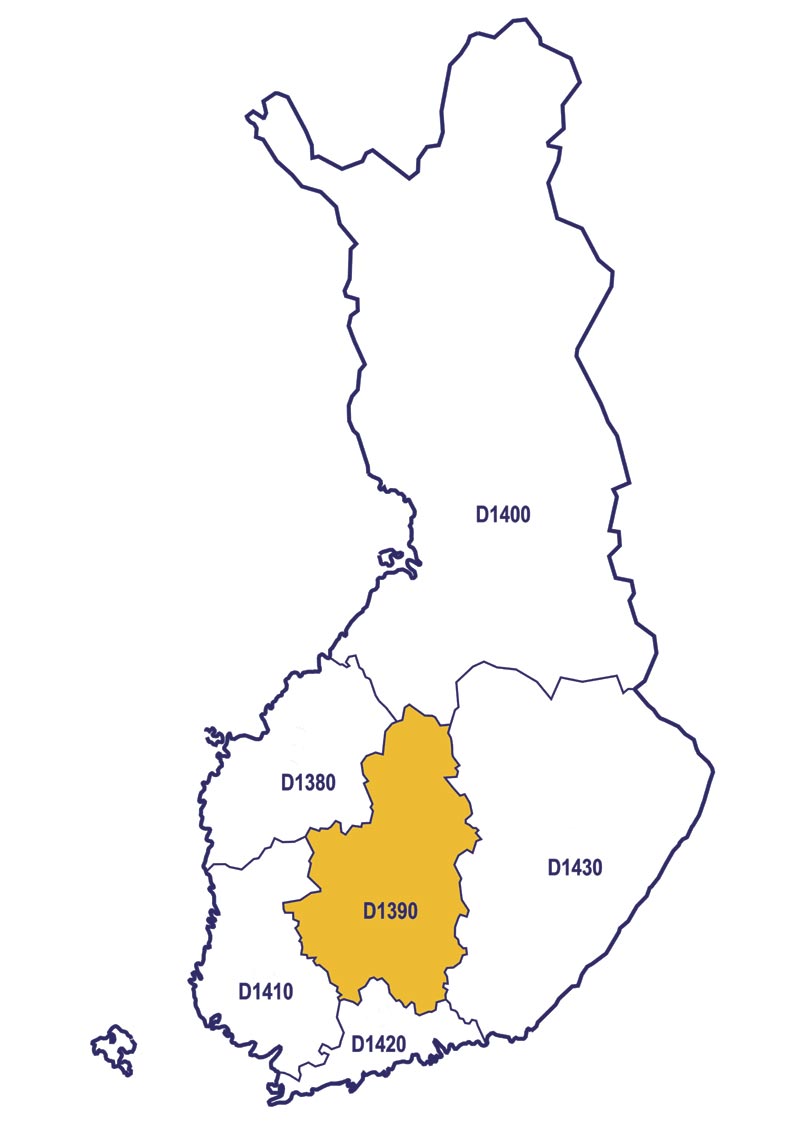