I’m Marta and I come from Italy. In August 2016, I left my country, my family and friends and I spent a year in Muurame as an exchange student.
I have decided to spent the year in Finland because I was attracted by the traditions and the culture of this amazing country.
I wanted to know more about the way of living, the school system which I knew that was very well organised and get to see all the breathtaking landscapes.
When I arrived, I spent a week in a camp with all the other Rotary exchange students who would have spent the year in Finland. I think that this experience was very positive because we starting bonding with each other. I got to know some people who would have been very important during my exchange.
After these days, I arrived in Muurame. I was hosted by three families all over the year.
I was very lucky because my families treated me as I was a part of their family. They involved me in a lot of things and they made me understand their traditions.
I have special memories about the two trips organised by Rotary with the other exchange students. We have been to Lapland, which has been a dream, and to Saint Petersburg. It was a very good opportunity to see new places and to spend time with some friends.
I think that the exchange year helped me. First of all, I used to be very shy, so it has been a challenge for myself. I had to start a new life in a place I had never been to and where I didn’t know anybody. I needed to go out of my comfort zone and start talking another language in order to make new friends and to communicate.
It was not easy but I think that I got stronger. I understood that if I want to do something I can succeed.
Finland is alway in my hearth with all the people I got to know during that year. 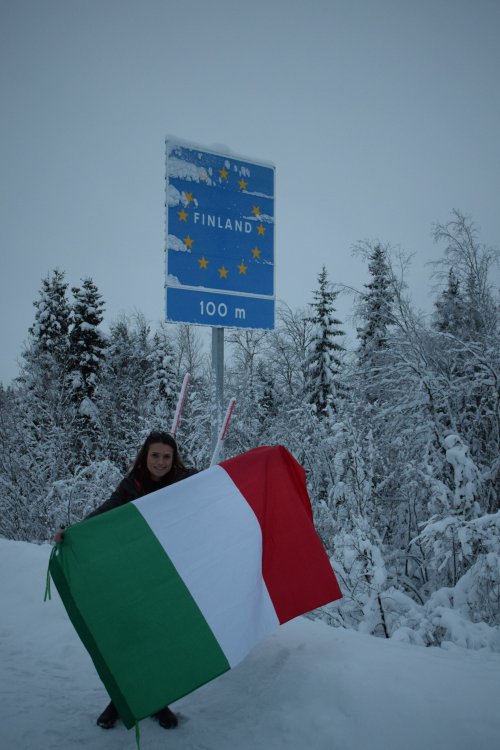